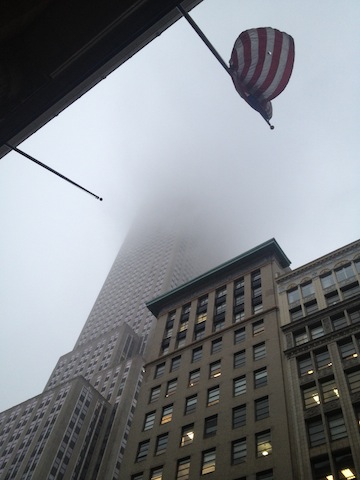 Alberta Gatti, Ph.D. (Director): Alberta Gatti’s research interests include literature of early Modern Spain as well as instructed second language acquisition. Her focus lies on satire within the first field and on writing proficiency development of heritage language learners within the second. Currently, her two fields of expertise are converging as she explores the development of critical literacy in the context of college education. Dr. Gatti is also an experienced higher education administrator. From 2014 to 2018 she was the director of the Center for Integrated Language Communities (CILC), a National Language Resource Center focusing on the teaching and learning of languages in community colleges, the use of online tools for advancing translingual and transcultural competence, and the development of writing proficiency of heritage language learners. Before CILC, she was the director of a multi-year, university-wide Title III initiative at Saint Xavier University in Chicago (SXU). The initiative included projectsin three areas: student interventions, technology integration into instruction, and community-based and collaborative learning initiatives.At SXU, she also directed the Foreign Languages Program. Dr. Gatti grew up in Argentina. There, she graduated from the University of Buenos Aires with a degree in Classical Studies. She earned her Ph.D. in Hispanic Language and Literatures from Boston University (Boston, MA).

Syelle Graves, Ph.D. (Assistant Director): Syelle Graves did her doctoral research in sociolinguistics, focusing on corpus analysis, language change, minority language varieties, and language attitudes. In her early years of doctoral study, she concentrated on language acquisition and semantics, and she is currently interested in language attitudes toward loanwords. She has extensive university teaching experience in linguistics, ESL, public speaking, and expository writing, plus experience working for the Modern Language Association (MLA) and Educational Testing Service (ETS). She earned her Ph.D. in linguistics from the CUNY Graduate Center, and graduated summa cum laude with her B.A. in French. In 2019, she was honored with a SUNY New Paltz 40 Under Forty Alumni award. On the side, she is a contributing author to the Grammar Girl webguide and podcast.

William Oliver (College Assistant) William Oliver is a PhD student in linguistics at SUNY Stony Brook. He holds a B.A. in philosophy from SUNY Binghamton, an Ed.M. in language and literacy from Harvard University, and an M.A. in computational linguistics from CUNY Graduate Center. He also is an adjunct professor in the City College School of Education in its Programs for Bilingual Education and TESOL where he teaches ESL pedagogy and linguistics. Before joining ILETC, William taught high school English and ESL in Arizona public schools.

Juwon Jun (College Assistant): Juwon Jun is a M.A. student in Women’s and Gender Studies at the Graduate Center. She received a B.F.A. in Open Media with a concentration in Gender, Sexuality, and Race Studies at the Rhode Island School of Design. With a background in fine arts and video production, she merges her interdisciplinary practice with social and cultural analysis focusing on gender, race, and the body throughout colonial and post-colonial history in Korea. She has worked in various non-profit arts organizations and video production based in Seoul and New York City.

Alexander Funk (Assistant Director): Alexander Funk is a Ph.D student in linguistics at the Graduate Center. Though his doctoral research focuses on the theoretical realms of syntax and semantics, he maintains an active interest in language education.  In work with CUNY’s Research Institute for the Study of Language in Urban Society (RISLUS), Mr. Funk has studied the educational backgrounds and needs of Long-Term English Language Learners in the New York City public schools, and in 2012 developed a Guide to the Languages of New York State for educators as part of the CUNY-NYSIEB. Alexander has taught at Hunter and Queens Colleges, as well as at schools in New York and Spain.

Valeria Belmonti (Instructional Technology Coordinator): Valeria Belmonti is the Director of the Modern Languages Media Center at the College of Staten Island/CUNY. She received an M.A. in Educational Technology from New Jersey City University concentrating her studies in Computer-Assisted Language Learning. Her thesis surveyed the use of web technology to enhance the teaching of intercultural competence within undergraduate language education particularly through the use of telecollaborations. Ms. Belmonti is additionally interested in computerized oral testing and the use of mobile and web 2.0 technologies for language teaching and learning. Some of her most recent work in collaboration with faculty includes Pinterest modules to enhance writing skills and vocabulary acquisition in Intermediate Italian, and a Google MyMaps semester-long project developed for Beginner French courses, where mapping technology is implemented to create an immersion experience though which students can plan, record, and share a virtual visit to France. Ms. Belmonti is also the co-creator of the Film Trailer Project, a semester-long project developed for Intermediate French courses, which allows students to use French and Francophone films as textbooks to acquire vocabulary and structures of the French language and to interpret and analyze the French and francophone cultural realities portrayed in the films.

Danielle Wetmore (College Assistant): Danielle Wetmore holds a B.A. in History from University of Redlands and is currently pursuing an M.A. in Liberal Studies at the Graduate Center, with an emphasis in American Studies. Ms. Wetmore’s work is in 20th century US, cultural history with a gendered analysis.  Her most recent work examines the relationship between the process of legitimization for makeup and advertising during the Great Depression.  In the office, Ms. Wetmore helps with organization, scheduling, and event planning. She grew up speaking German and English with her family.

Need help with the Commons? Visit our
help page Send us a message

Built with WordPress Protected by Akismet Powered by CUNY